There are two ways to enter a demon raid. The first is by completing boss stages to summon the demon, and the second is by being invited to a raid by another player. As discussed later on, both methods have their benefits and downsides.

Players may locate their boss battle stages in the battle menu. The above picture shows the boss battle tab. If a demon raid has already been spawned this is also a quick and easy way for a player to locate which chapter the battle has spawned in. It will show the demon that has spawned and will also show an orange exclamation symbol. 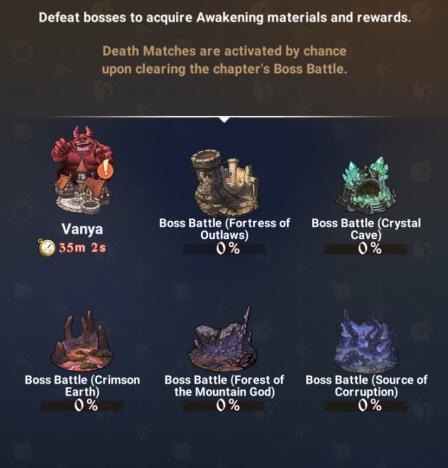 This method of summoning raid demons is limited. A player can only summon a raid once per chapter per day. At the beginning of each daily reset the number of raids will once again reset to one per town, and any unused chapter raids will not rollover and collect. It will remain at one spawning per chapter per day.

Because of this limitation, being invited to raids will quickly become a common practice for raiding enthusiasts. It is a great source for getting raiding materials once you have reached your daily summon limit. Friends, guild members or strangers can invite you and the number of raids which you can accept is unlimited.

SDS demon raids are played in real time, either by yourself or with an ally. We’ll be focusing on the raiding gameplay most players will take part in; Team battles.

Note: You will only be able to select whether to include an ally or not if you are hosting the raid.

There are two types of teammates available for raids when hosting. Real players and an AI. For most players, the obvious choice will be to play alongside another player in real time PvE. However, there can be benefits to playing alongside an AI. 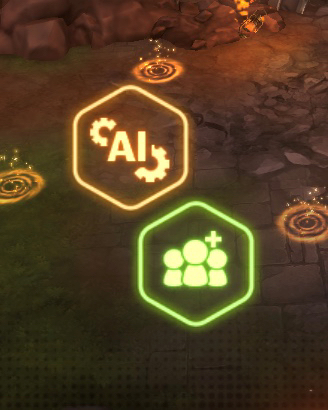 When you first enter the lobby, the left side of the screen will show these two symbols. 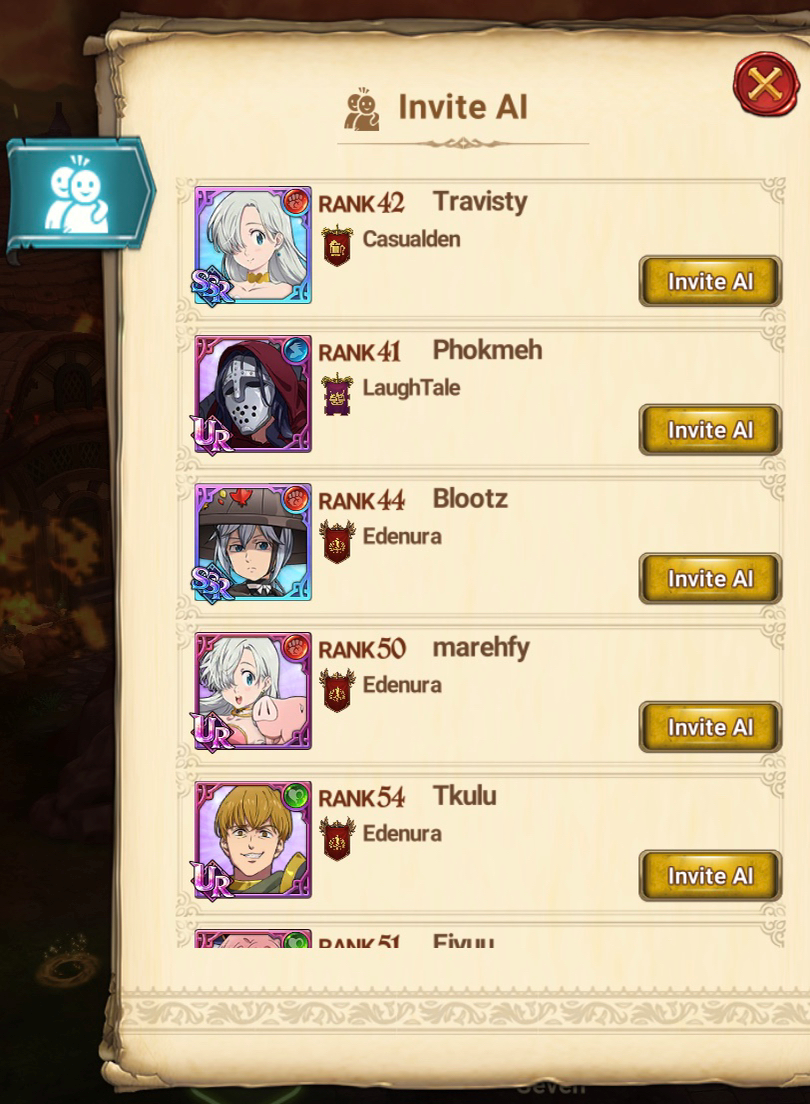 The yellow ‘AI’ symbol will allow you to choose from a list of friends and guild members. If you select one of these players, then you will be provided with a computer-controlled version of the player’s team, which will fight in battle in their place. This can be very helpful if you are attempting a difficult raid which none of your online friends or online guildmates are qualified to help you with.

The green symbol with three green people allows you to choose from friends, guild members and strangers to invite them to your raid. These three choices will give you a lot of versatility. The random players will always be a rank which is either above your own or similar to your own. This way you are theoretically going to only get choices of players that are at the same level as you.

However, taking part in a raid provides different rewards to hosting a raid.

Demon raids are rewarding. That’s one of the main reasons to do them. They give you items, gold and experience and the rewards vary and change according to different factors. One of those factors is raid difficulty, the other is whether or not you are hosting the raid. 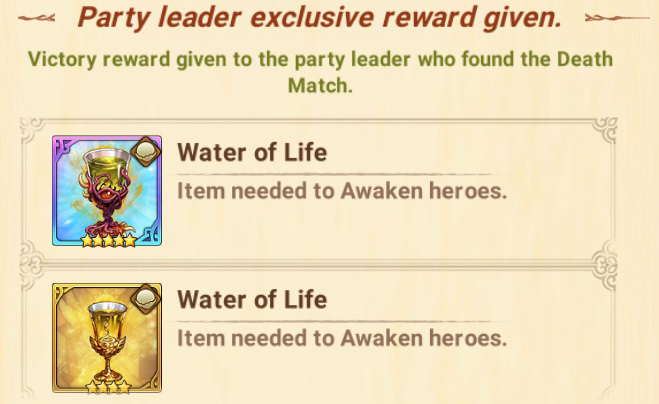 Chalices are the biggest draw of the red demon raids. They are rarely acquired awakening materials which can be found in town shops, events and by completing demon raids. Defeating a red demon of any difficulty will guarantee the hosting player a chalice. At the highest level of difficulty currently available, called extreme, four and five star chalices may be acquired for hosting and winning a match.

Other rewards include guaranteed demon horns which can be used for limit breaking hero levelling restrictions and even rare awakening stones which are used in enhancing and awakening gear. You will also receive experience and gold for completing a demon raid.

However, you must first learn how to win a demon raid to obtain these rewards.

In SDS Grand Cross we play red Demon raids in real time alongside a teammate and it is important to be able to communicate properly with them during the raid in order to win. The main way to communicate with other players is by using stamps provided by the game.

Stamps will be your best friends. Trust me on this.

Seriously. Learn how to use them.

Getting stamps is easy to do. The game will provide stamps which are used to communicate during raids when first completing the raid, and it will provide more when completing subsequent raids. 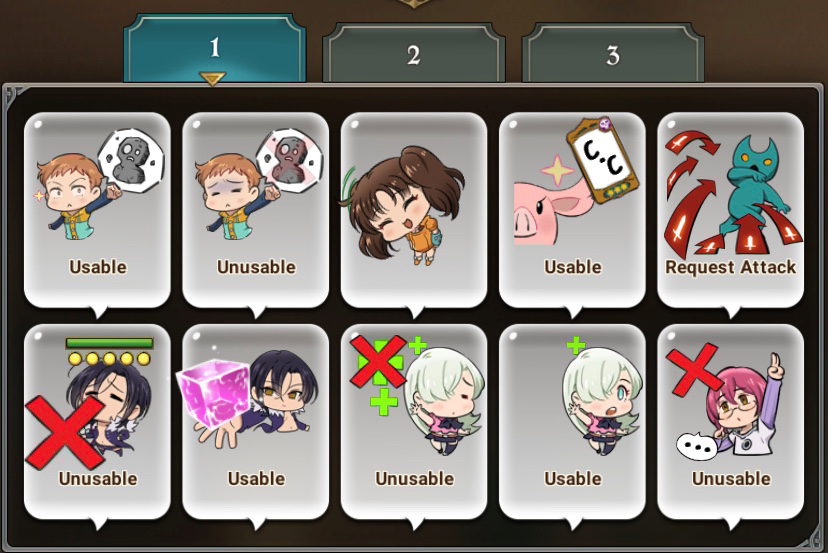 There are three boxes of stamps accessible during a raid. Each one can hold ten stamps. This means that a player can choose up to thirty stamps to take into a raid.

You won’t need nearly that much.

A proper stamp box only needs to have, at a minimum, two stamps. E.g my personal stamp box contains only four stamps at all times. 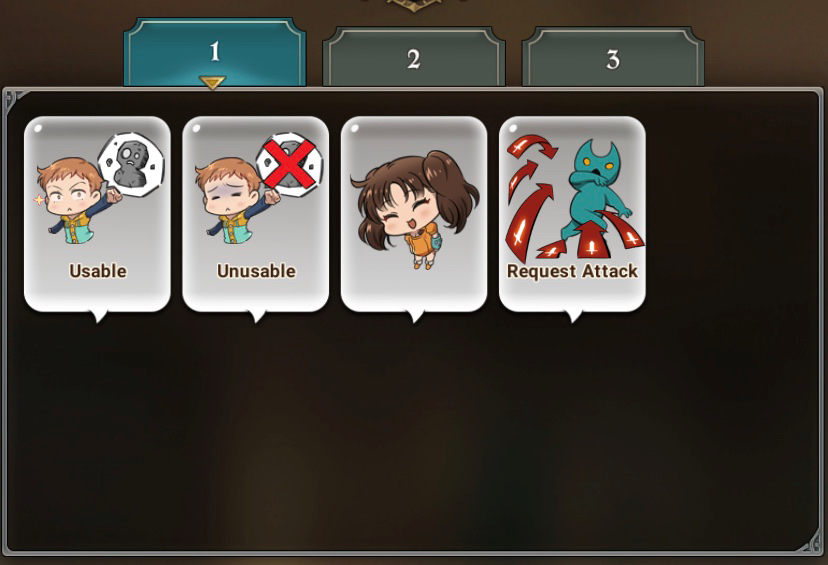 The first two are crowd control stamps, as discussed below. The third stamp is one to thank my ally for being a great teammate. It’s unnecessary but I like it.

Stamps are your first and most important means of communicating with your ally.

To properly plan out a raid it is important to take at least two stamps; one to show crowd control abilities are available and another to show they are not. 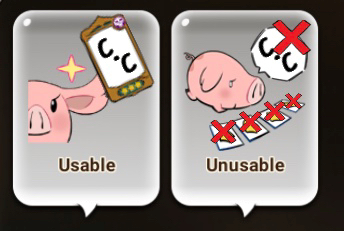 The two stamps shown above are general stamps which provide your ally with a general statement about what abilities they have available. These two stamps are crucial because they can determine how your attacking turn ends up playing out.

There are specific stamps which can relate closely to the units you are using. As seen in the picture below, the speed(blue) king stamp will allow allies to know when his petrify ability is usable. 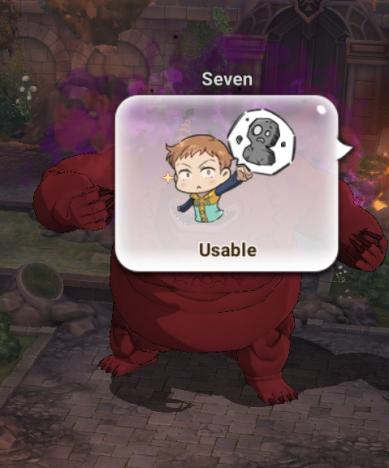 This can be helpful for coordinating strikes according to differing units. E.g organising a hit centered on Gustav’s level 3 freeze, an ability which provides a major attack damage boost if used correctly.

There are currently three difficulty types for demons; Easy, hard and extreme.

Each demon phase is different. The attack, defense and health of the demon will increase once you complete the previous phase. If you are implementing each strategy correctly you will hopefully not have to worry about the demon’s attack stat. However, the increase in defense will cause you to deal less damage than in the previous phase. The health increase will also be an issue if you are running a team without many crowd control abilities.

It is also important to note that the red demons have * levels for each of their attacks which can stack together to form more powerful versions of the attacks.

This is the easiest phase of the red demon raid. At this point of the raid the boss poses a small threat and the sole aim of the first phase is to lower the health of the boss with no need to be too cautious of its abilities or attacks. The best method to pass this phase is to make sure that your team uses a crowd control ability on the final slot of the attack turn*.

*The only exception to this is if your team has the ability to lower the demon’s health to zero as this will save you a crowd control card.

First turn: If the demon is not affected by a crowd control ability during the beginning of its turn then the demon will assume a defensive stance which decreases its damage taken. It can only assume this stance every three turns but the ability itself will make it more difficult to finish off the boss.

Crowd control abilities or abilities which specifically remove stances and buffs can cancel or erase this stance.

The boss has three different attacks it may use. The most important one to keep a note of is Reap Soul, an area of affect ability which will damage all of your units and heal the red demon for 30% of the damage it deals.

This powerful attack will extend the battle and can cause weaker teams to wipe out.

There are a few rewarding achievements for demon raiding that the overachievers of SDS Grand Cross can earn. They provide a sizable amount of gems and achievement points.

This achievement provides two gems at each level and can be completed three times, one for normal difficulty, hard difficulty and extreme difficulty.

This achievement can be acquired regardless of whether or not you are playing with an ally.

Win alone in a deathmatch:

These lucrative achievements provide four gems and twenty achievement points in one go. They can be completed in all three difficulty levels of the red demon raid and must be completed without an accompanying teammate. This includes AI teammates.

Demon raiding is one of the funnest activities in SDS Grand Cross and something I’ve found myself doing for hours at a time. I hope you guys find this guide useful and have as much fun raiding as I have.

by ThinkTwice
For more news and game discussions: discord.gg/edenofgaming