Black Desert Mobile is set in stone for its global launch on Dec 11th, 2019. Black Desert Mobile’s Node War is undoubtedly one of the best ways to show off your teamwork with your guild. Node War is a mode in which guilds battle each other for possession of Nodes. Winning a Node War will grant a 7-day possession of the newly acquired Node.

Our guide to Node War Pre-season has everything you need to be completely prepared before the regular season begins. The Pre-season will have distinct features and events/rewards when compared to the regular season, so make sure to invite all of your friends to join Node War!

A total of 3 guilds can participate in a Node War.

There will be numerous Nodes for each Node War. Please note the date of availability of each Node as each Node War will be different.

※ Each Node has 3 different tiers, labeled Tier 1-3. More rewards will be given when winning on a higher tier Node. Please note that a Tier 1 Node is the lowest tier.

e.g) Winning a Node War on a Tier 3 Node will grant more rewards than a Tier 2 Node.

If you wish to check basic information or register for a Node War, press the [Node War] button in the [Guild Fortress – Siege Gateway] menu. 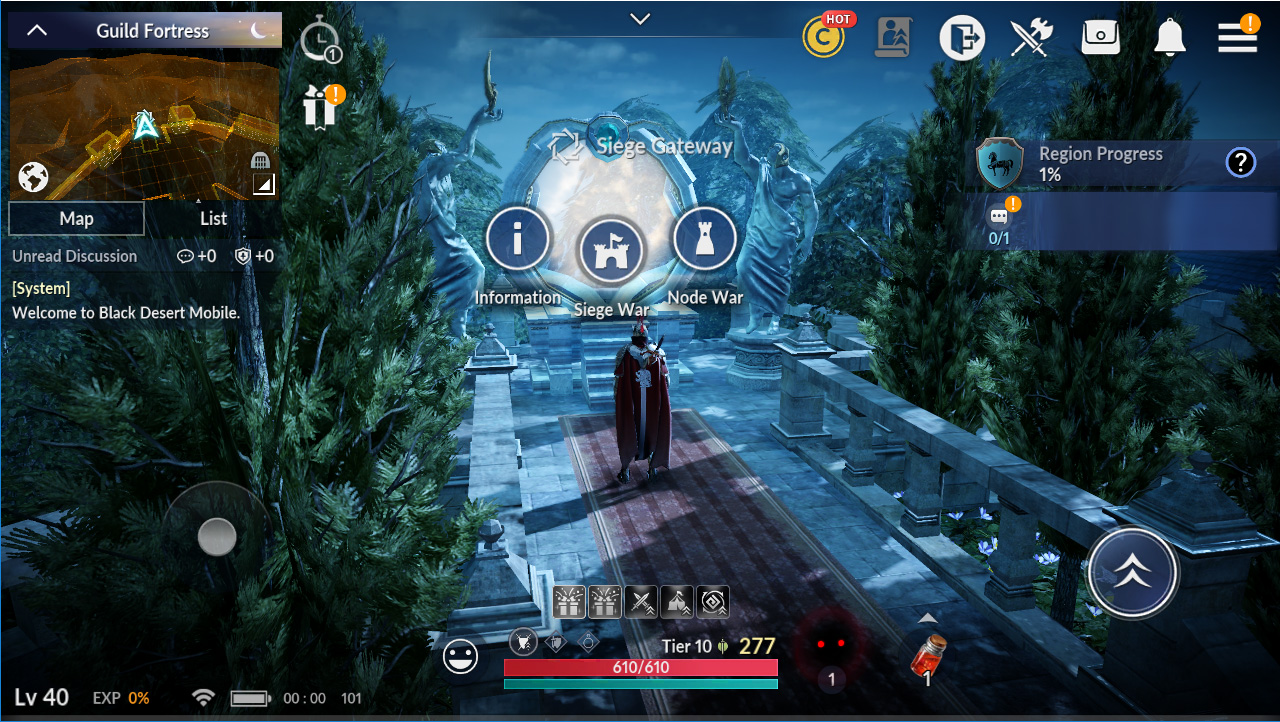 3 guilds will be selected to participate in the Node War once the bidding process is over. The selected guilds will move on to the preparation process.

Participating guilds will be able to prepare during the 10-hour period after the bidding process ends at 12:00 and before the actual Node War begins at 22:00. Guild members will be able to upgrade the Relics/Relic Defense Towers/Barricades at the Guild Fortress by consuming their personal resources.

※ Guild Skills cannot be leveled up during the Node War preparation period.

Guild members will be able to enter the Node War through the Siege Gateway at 22:00 after the preparation period.

※ Guild members must be a part of the guild for a minimum of 24 hours to be able to participate.

The defending guild and attacking guilds (which are the 2 guilds with the highest bids) will each be randomly placed on 1 of the 5 Relics marked on the minimap.

There will be Relic Defense Towers and Barricades placed around the Relic, which means that various tactics using siege weapons and skills will be required to destroy the opponent’s Relic. 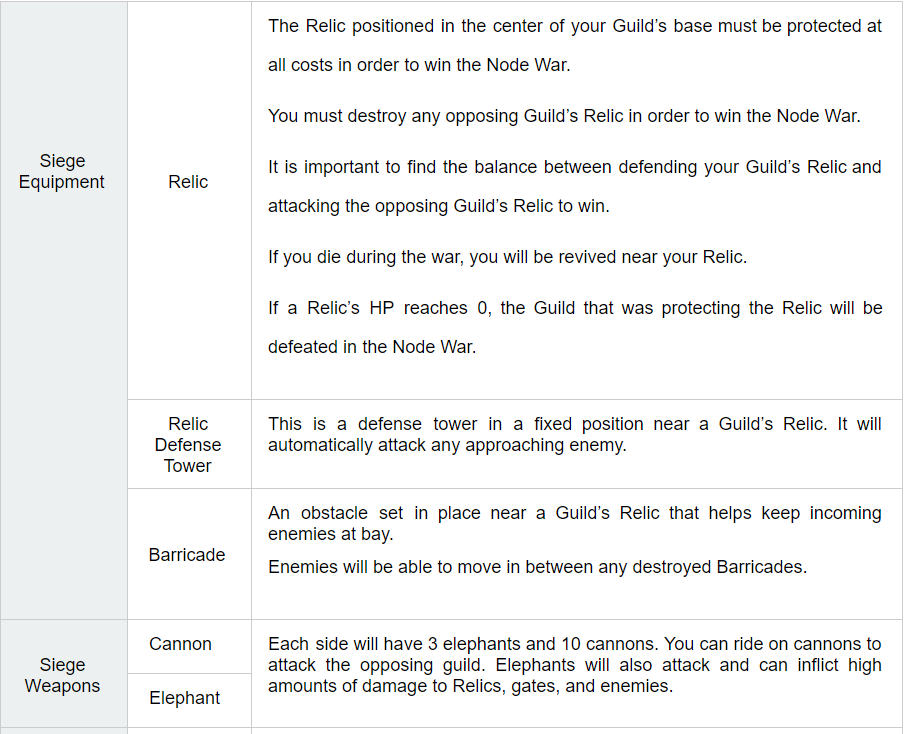 The Node War will end once all opposing guild Relics are destroyed or the 2-hour time limit ends. If a guild’s Relic is destroyed, the guild will leave the battlefield. The guild that successfully protects their Relic will occupy the Node.

If there are 2 or more Relics remaining after the 2-hour time limit, the war will end with that Node considered to be ’Unoccupied’.